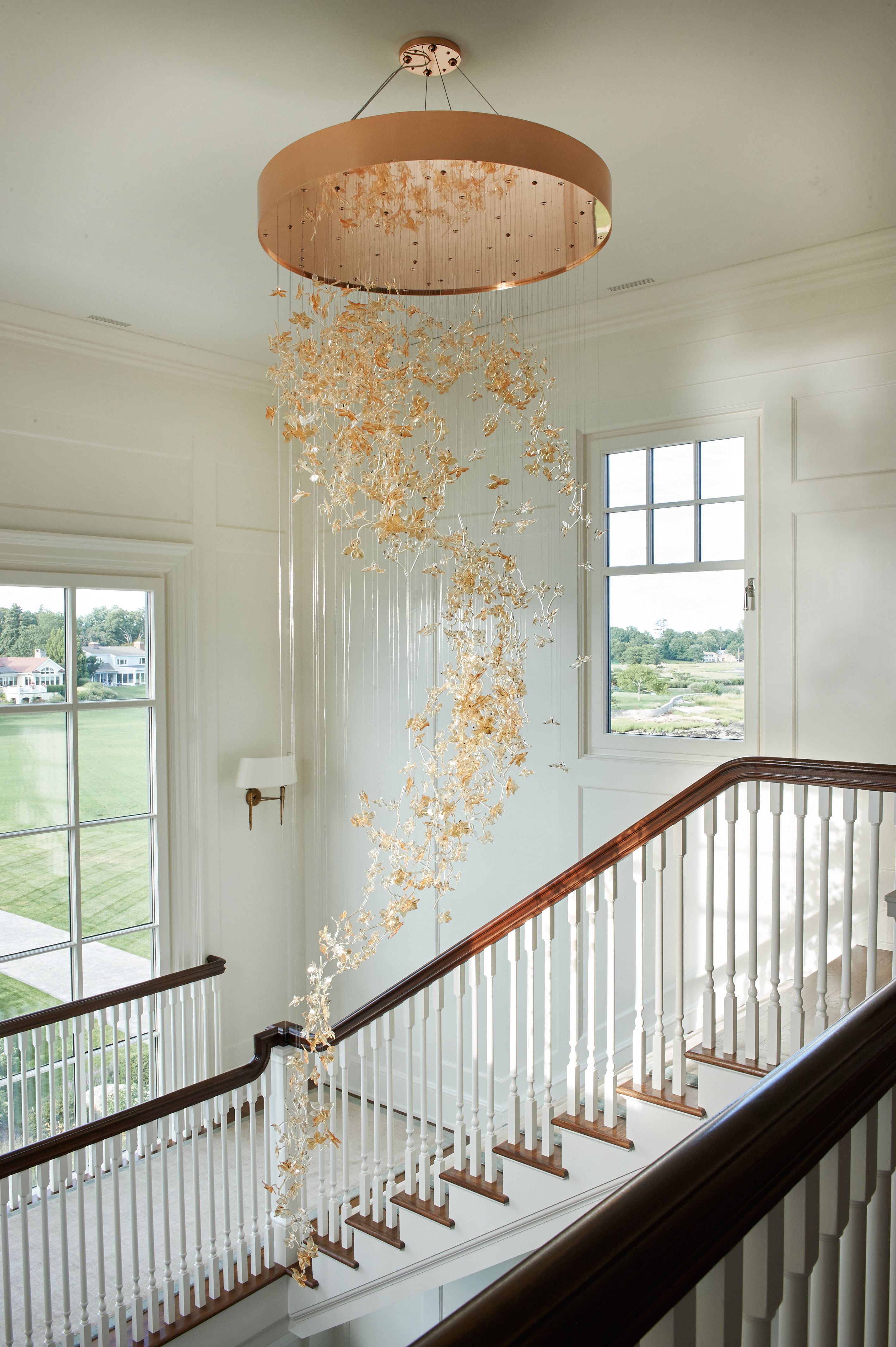 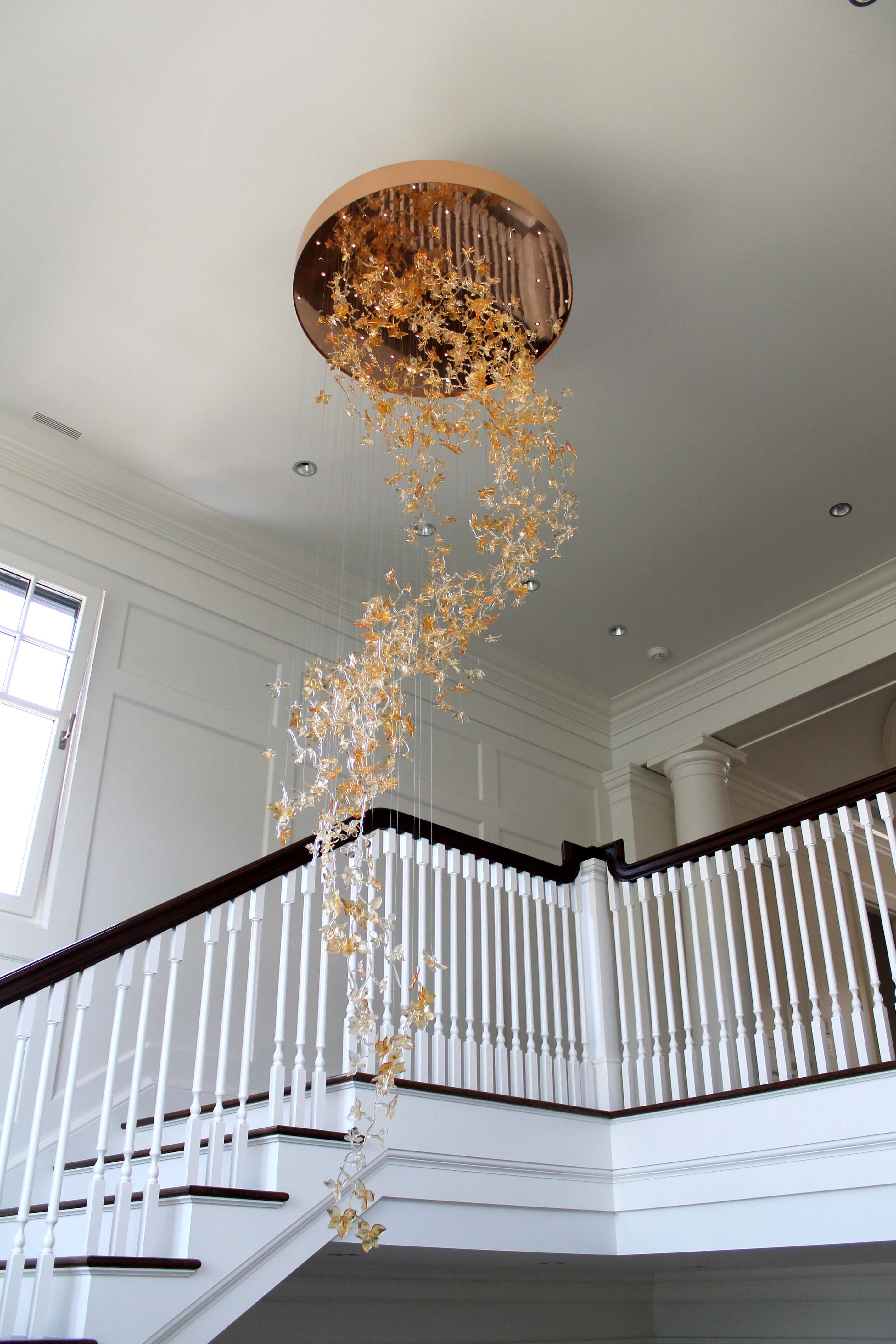 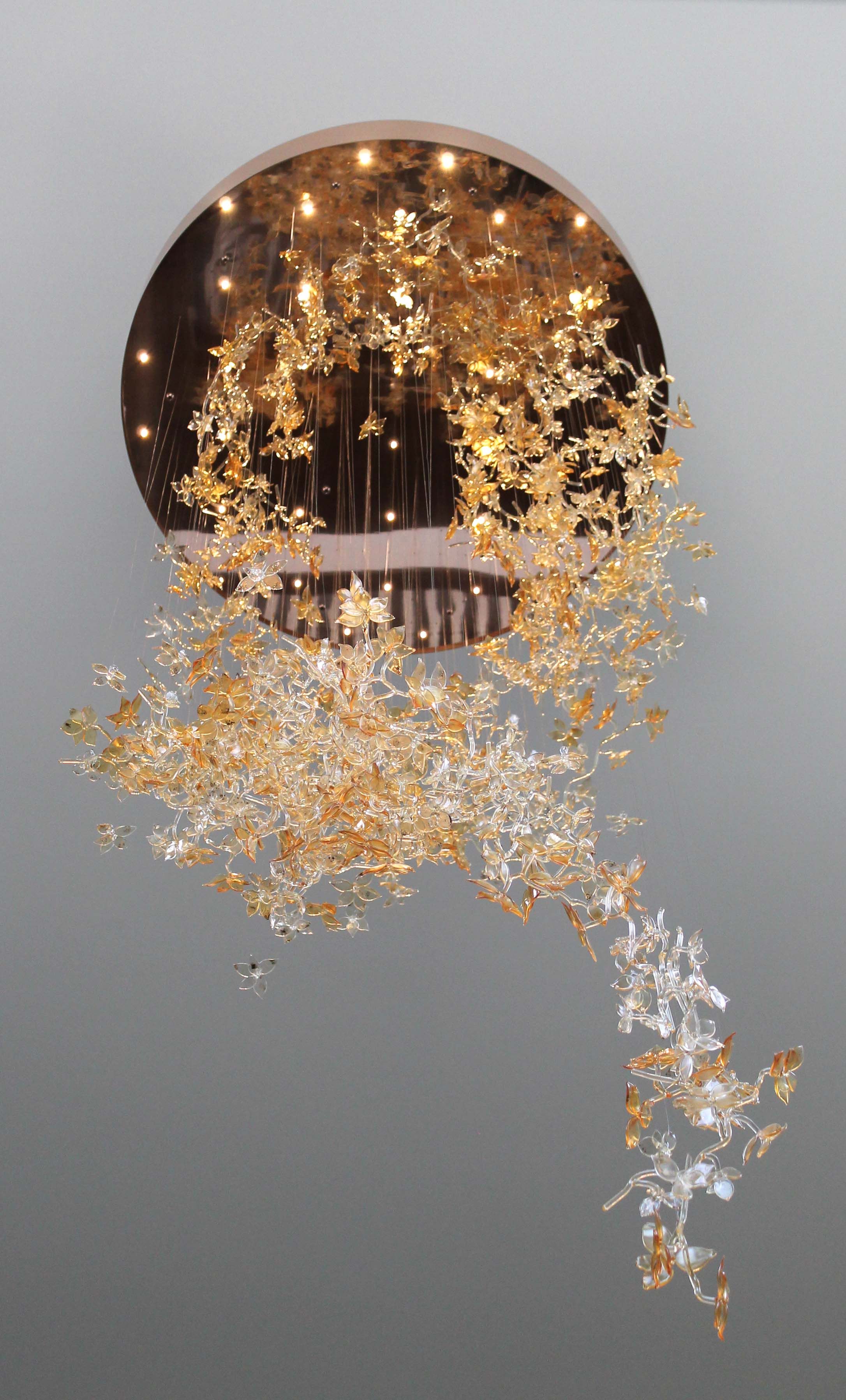 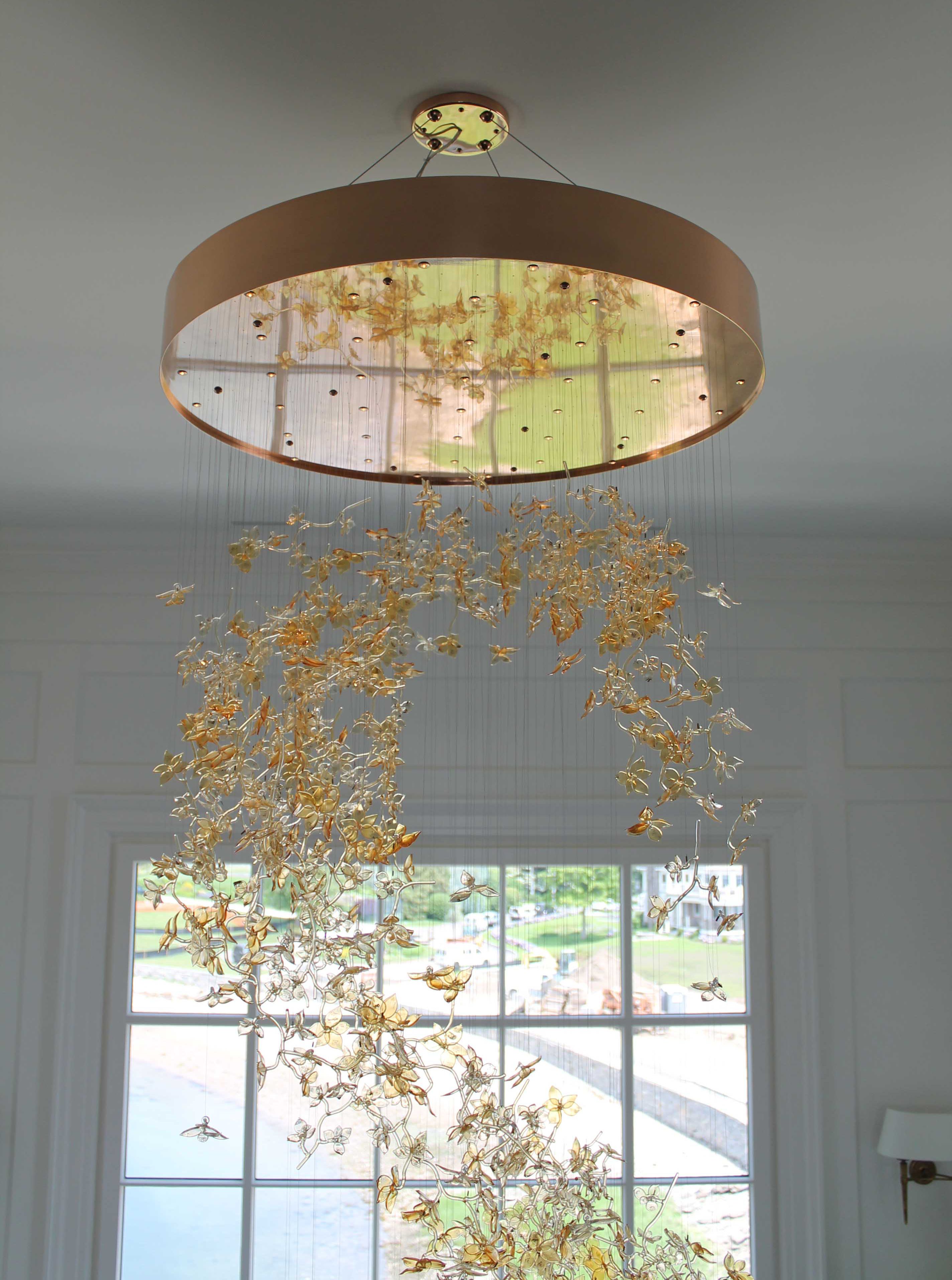 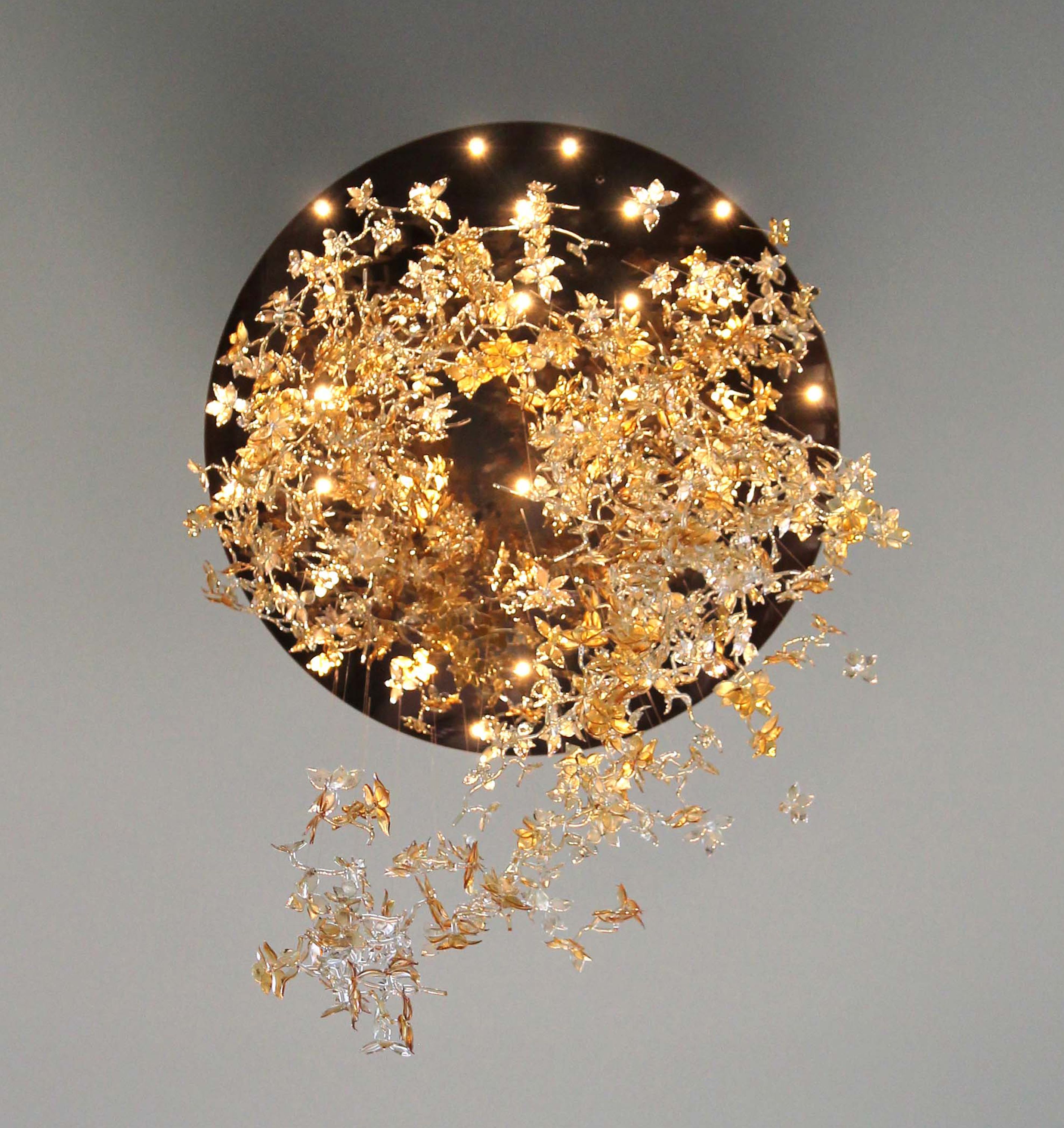 Sharon Marston’s London based studios have recently created a set of two bespoke decorative lights for a costal retreat overlooking the Long Island Sound. Commissioned by interior designer Linda Ruderman, the lighting features created for both the living room and stairwell were designed to embrace and enhance the sunset views that can be seen over New York City.

Instead of keeping with the traditional look of the stairwell, the homeowners opted for a more artistic chandelier which would cascade downwards in the direction of the stairs. This large version of the Orchid light consisted of over 610 hand blown glass garlands and Orchid shaped forms that are again gradient hued in amber tones which subtly relates the piece to the living room feature. These blooming glass components are luxuriously speckled with 18 caret gold leaf that glisten under the ambient light as they meander through the stairwell.